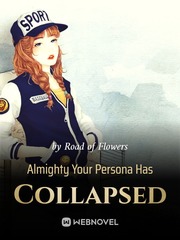 Almighty Your Persona Has Collapsed

What is Almighty Your Persona Has Collapsed

Almighty Your Persona Has Collapsed is a popular web novel written by the author Road of Flowers, covering Contemporary Romance genres. It's viewed by 291.1K readers with an average rating of 4.8/5 and 53 reviews. The novel is being serialized to 40 chapters, new chapters will be published in Webnovel with all rights reserved.

[Showbiz+Star Student+Semi-Fantasy+Antilogic]   Meng Fu was 16 years old when the Jiang family came looking for her. They said that she had been mistakenly swapped with someone else since a young age. Before she can react, her body is occupied by the soul of a female journalist from an alternate world for two years.   She finally manages to reclaim her body, however...   Mother from a wealthy family: "The young master of the Tong family studied abroad, while you dropped out of high school. Although this betrothal is arranged by both families when both of you were young, there is no need to insist on the marriage."    Father: "Xinran is also my daughter. I hope you will get along well with her and learn from her."   Younger brother: "I only have one elder sister, and she is Jiang Xinran."   ** Before reclaiming her body, Meng Fu was ranked fourth in the Global Idol girl group program. She was a bimbo that all netizens hated, and the daughter that the Jiang family refused to recognize. However, after she reclaims her body, no offence, but no other contestant is a match for her.   Initially, fans from major forums insist that Meng Fu leaves the girl group and showbiz, attacking her with harsh criticisms. A group of fans retaliate and speak up for Meng Fu.   Until later, a powerful figure publishes a post: [Reposting my new drama]   Someone commented: [You got the wrong account.]   The fans who discover the truth suddenly come back to their senses: [There is no need to speak up for Meng Fu, the big shot.]   Male protagonist Su Cheng: The genius heir of the ancient martial arts family that lives in seclusion. He who is super manly and mysterious is free from all desires.   Female protagonist Meng Fu: The top star student who claims to know a bit of everything. She is a non-linear thinker, a master performer, a money-grubber, she is unrivaled in every aspect.

I, The Female Protagonist With Superpower, Am Super Fierce

The Reincarnated Goddess is Fierce

Madam Is A Sensational Figure In The City