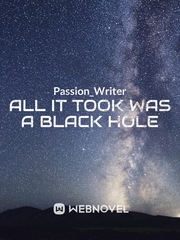 All it Took Was a Black Hole

What is All it Took Was a Black Hole

All it Took Was a Black Hole is a popular web novel written by the author Passion_Writer, covering ACTION, ADVENTURE, ALIENS, INTERGALACTIC, SPACETRAVEL, BLACKHOLE, Sci-fi genres. It's viewed by 234 readers with an average rating of 0/5 and 0 reviews. The novel is being serialized to 1 chapters, new chapters will be published in Webnovel with all rights reserved.

The year is 2288, and Dakota RipLey, the town’s ‘freak’, has finally been accepted in the Space Sojourn Academy or the SSA. Dakota is the son of the famous Sayr RipLey. Sayr, one day went out in space in 2199, and then returned 76 years later not only to find that he had not aged a day but also had a newborn son, Dakota. Dakota’s personality let alone his appearance is a little different than most people’s. But so is Pukall Archway, or Puk. Puk has also been ridiculed for not being able to hear, and not being able to fix it with cybernetics because of his family’s financial problems. Puck went to the same school as Dakota before he was also accepted into the SSA and has been known to be kind of a trouble maker. Puck wants to be able to do what he loves and explore the unknown, while Dakota just wants to find where he truly belongs. What happens when the two boys become roommates and cause absolute chaos during the Acceptance Ceremony. Not to mention that they end up in another galaxy and are told that they are an alien species salvation from their enemy.