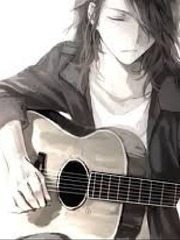 Hey I am well I was a 24 year old Man named Alexander Miles an aspiring musician and I woke up in 17 year old kids body in the hospital. I remember everything from the life I lived before or is it after ? Later ? Future? But I also have the memories of this current body Alexander Rose it’s like both their souls merged into one. Of course this only happened because he/I got hit by a truck saving a little girl 2 years prior at least that’s The last I can recall from his...my Memories. So my theory is his soul needed to merge with another to survive, because I remember dying then darkness, then there was a voice calling for someone to help them and then I wake up in a hospital in the past oh and somehow I have a system!- [Well This will be my first original (released) story I’ve had other ideas that I write but not sure if people would like them. Well anyway thank you if you’re reading this story and if you don’t continue thank you for reading anyway. Also those of you that want to know when I’ll release chapters right now I’ll update when I can]- (The cover picture isn’t mine but I really liked it but if the one who created it doesn’t want me to use it just tell me and I’ll remove it and try to find an actual cover)