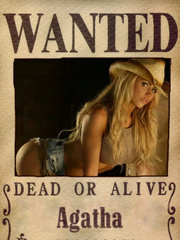 If you want a pure game based novel, with many plots and actions, plus romance and complicated relationships, then you will enjoy this. Consider it as the female version of the Reincarnation of The Strongest Sword God, with female player aiming to build her own Mecha legions inside guild wars and harem's ladies schemes. What happens when a princess enters a VR game? No, she won't get protected by others like what you think, she will be a bloody princess that's strong enough to make herself stand out in the game. Agatha is a princess from a weak magic-based kingdom. She was forced to be marry a sex maniac, who also happens to be a crown prince of a mighty technology-based empire. To escape the fate of being part of his harem, she requested to join the training program of the empire. This training program is a VR game called Destiny. Upon entering the game, she receives an exceptional evaluation and gets the very rare rank called the Guild Master. She will meet a swordsman later on named Shin, as he will help her a lot throughout the story, though he also happens to be the archenemy of her fiancée. Follow this story about Guilds and Adventure groups wars amidst love struggle between the three and the ambitions of Agatha as she try to raise her guild to be the most powerful in the game.