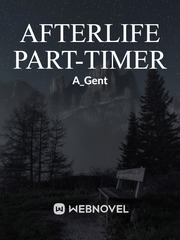 TIME TO START A NEW AFTERLIFE! In a case of mistaken identity, 26 years old He YuLan, an eccentric university graduate, passed away the day before her first job interview and ended up in the Underworld. After finding out she had no option to return to the human world, and her next reincarnation was a lifetime away, she was given a fresh start with a new life... or afterlife in the realm of the dead. Join YuLan as she learns to adapt to the other world while spending her time engaging in the many unique jobs the Underworld has to offer!