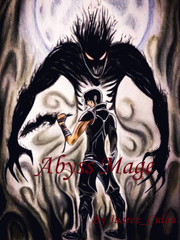 What is Abyss Mage

Abyss Mage is a popular web novel written by the author Juarez_Culau, covering MAGIC, WEAKTOSTRONG, DEMON, NECROMANCER, CULTIVATION, NECROMANCY, GAMEELEMENTS, ACTION, ADVENTURE, SWORDANDMAGIC, Fantasy genres. It's viewed by 185.8K readers with an average rating of 4.81/5 and 19 reviews. The novel is being serialized to 95 chapters, new chapters will be published in Webnovel with all rights reserved.

In the middle of a battlefield a child is found, the creation of man's love for war, it will have to face many dangers to retrieve his memories and discover the reason for its existence. The only certainty is that true human nature is not good, yet he will face this world as an adventurer and will try to understand this chaotic world in which he appeared. In this novel the MC is neither good nor bad, at first he will have a childlike and antisocial mentality, but the surrounding environment will shape him, so his actions are purely natural and are not always the best to be taken. The nature of the MC's powers ends up putting him in certain unexpected situations, and yes, with a slight touch of necromancy, but no systems or such things, the MC will have to become strong by pure training. This is not just a story about getting stronger, there are several characters with a broken personality who are also suffering in this world. The world is in a state of constant war and there is injustice everywhere, part of it is also committed by the MC himself, his moral actions change over time and are NOT CONSTANT. Everyone goes through changes during their lives and the same applies to the MC here. *No harem and almost no romance at all. *English is not my first language, please tell me about the error you find that bothers you! *Little by little I think I'm improving in writing in English, but unfortunately, I don't have much time so I'm focusing on writing more chapters instead of going back to edit the previous ones! Discord -> Juarez_Culau#8105

The Only Aura User In Magic World