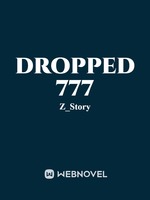 What is A Young Seeker's Journey

A Young Seeker's Journey is a popular web novel written by the author Z_Story, covering WEAK-TO-STRONG, GAME ELEMENTS, SWORD AND MAGIC, SMART-MC, OVERPOWERED-MC, ACTION-ADVENTURE-COMEDY, UNIQUE SYSTEM, LOST MEMORY, CURIOUS-MC, HIGH-TECH, Fantasy genres. It's viewed by 4.9K readers with an average rating of 0/5 and 1 reviews. The novel is being serialized to 0 chapters, new chapters will be published in Webnovel with all rights reserved.

A boy awoke in the middle of a forest with only a few fragmented pieces of knowledge and a unique gift. His name was Matthew, and he awoke in the world of Geavergnis. A land filled with many strange powers and odd beings, filled to the brim with constant conflict. In this land, kingdoms fall every day by hordes, empires rise overnight, titans can live for an eternity, and gods can fall in mere instants. In this world, Matthew finds his life, his purpose, and his power. In this world, he writes his tale into the tomes of eternity. This is the haphazard tale of a boy who wanders through an unfathomably large world gaining power through his gifts and his encounters as he seeks discovery, not only of the world but of himself. (Inspired by but not copied from 'The Arcane Emperor', 'Otaku Card System', 'Eternal Mana', and a game called 'Caravan Stories')