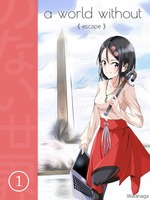 What is a world without

a world without is a popular web novel written by the author JP_TransLaLa, covering MODERN, WEAK-TO-STRONG, ACTION, SCI-FI, SURVIVAL, REALISTIC, WAR, MARTIAL ARTS, POST-APOCALYPTIC, JAPANESE, Martial Arts genres. It's viewed by 76.1K readers with an average rating of 4.63/5 and 69 reviews. The novel is being serialized to 36 chapters, new chapters will be published in Webnovel with all rights reserved.

Hitomi, a 17 year old exchange student, had just killed a mugger in a dark alley with a rusty steel pipe. She was a beautiful nerd with zero martial arts skills, but the power of "Absolute Personal Defense" would do anything to keep her alive - even if it tore her untrained body apart. Now she was trapped in Washington D.C. as western society begins to completely collapse. It's the end of the modern world, but not from a nuclear bomb, biological attack, alien invasion, or even zombies. It had just taken a few words spoken by an angel. An angel that had also killed the President of the United States on live television! Hitomi's first priority is to escape and survive, but her journey will take her across a post-apocalyptic Earth as she trains her body, becomes a soldier, a leader, and ultimately a master of the martial arts. It's a journey of seeking truth: was God's judgment real or an elaborate hoax? Why is she the only one with a special power? And why can't she die?

The Hero Who Lost His Sword

Infinity: Rising of the Soul Weavers

Maiden Of The Splitting Moon