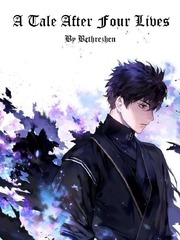 A Tale After Four Lives

My name is Alex Wolf. After school I joined the military a mistake I will never regret. It got me killed. Now you might, 'How can this idiot not regret this", well the answer is easy, I got a second chance or more like chances. I met with a God, that's right "a" not "the", and made a deal with him. I will go to four different worlds and make four legends and in return, he would grant 3 wishes and a free reincarnation pass into any world of my choosing. The first life I was a human named Lambert. My legacy of being a Grand paladin that slew the seven princes of hell was told even after thousands of years. The second life was the longest I was an immortal Giant or more precisely a Titan. I created a legend of myself just by standing in one spot for a million years. People truly have great imaginations for thinking I was a statue, thou anything turns to stone after so long. In the end, I killed myself for not even the gods of that world dared approach me. The third and I might say weirdest life of them all I was an elf. I help slay a Demon King with a hero, it's also what got me killed. The hero was actually summoned from Japan in my old world so it was kinda strange. The fourth life was the most fun I must say. I was born as a fucking Dragon. During my life, I burned kingdoms to the ground and was a scourge upon the world. I finally died of old age after a hundred thousand years of tormenting that world. Now finally after four lives and millions of years, I can finally live free again. .................................................................................. Ok for reverence sake this is a DXD fanfic. I don't own any of the characters except the MC of course and the Picture isn't mine if the owner wants me to take it down be free to tell me.