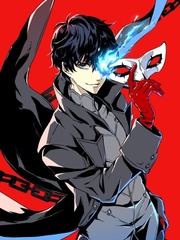 A Fool's Change of Heart

What is A Fool's Change of Heart

A Fool's Change of Heart is a popular fanfic written by the author RealSam11, covering PERSONA 5, TRANSMIGRATION, Video Games genres. It's viewed by 331.8K readers with an average rating of 4.4/5 and 13 reviews. The novel is being serialized to 49 chapters, new chapters will be published in Webnovel with all rights reserved.

DISCLAIMER: I don't own anything besides the name of the protagonist. Persona belongs to whoever created it. Also, the No One 17 and Under Admitted is because of the excessive swearing, dark themes and not for the possible (but unlikely) lemons. Shin Yuuta, who unknowingly had caused world devastation in another timeline, had been sent to the sea of souls to cleanse the influence a malevolent entity, composed from humanity's evil thoughts, had over him. Wielding the gifts he had received from his body's previous host and a certain mask-wearing being, it is up for our protagonist to make sure history doesn't repeat itself. P.S: The pic I used for cover isn't mine either.