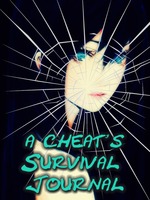 What is A Cheat's Survival Journal

A Cheat's Survival Journal is a popular fanfic written by the author Badfic, covering CHEATS, THE WALKING DEAD, TRANSMIGRATION, FAN-FICTION, TV genres. It's viewed by 773.5K readers with an average rating of 4.36/5 and 14 reviews. The novel is over and can be read all 33 chapters in Webnovel with all rights reserved.

A bored high school student who died on his way home after graduating. He was an orphan and lived alone during his high school life. During his free time he was always watching zombie movies and tv series in the dark. It was one of his few things of entertainment along with light novels. In school he was well known for causing mayhem due to the reason of being bored. Eventually that also became boring, he wanted something new and different to end his boredom. After death he was one of the few lucky souls to have the chance to have 3 wishes granted along with a system. The Walking Dead Fan-fiction.