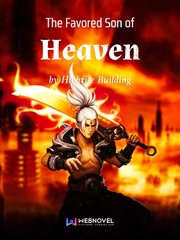 "Qin Fen had once been abandoned and broken until, one day, he picked up a liquid metal ball that turned his life upside down. This is the interplanetary era where Classical and Modern Wushu are competing. Classical Wushu enables followers to grow as powerful as dragons and elephants, whereas Modern Wushu enables followers to freeze monsters or even extinguish erupting volcanoes. Qin Fen steps onto the stage of both Classical and Modern Wushu while belonging to neither. With the exquisite combination of both Classical Wushu and modern technology, he will pave a way to become a legend. He is one of a kind, a favored son of heaven." -KyleChow_ "He is a youth, a gentleman, and a scholar cultivating in the Dragon Elephant Prajna Art. He has the strength of ten dragons and ten elephants, producing clouds with a turn of a hand and rain with the other. This is a story about the clash of passions between neo martial arts and paleo martial arts. This is a story about transcending the apex, about forcefully slaughtering one's way into the legends. This is a story about fading into nirvana, about the prideful of heaven! In this world, cultivating the paleo martial art known as the Dragon Elephant Prajna Art to the pinnacle allows one to possess the enormous strength of ten dragons and ten elephants! In this world, the Nitrogen Freezing Magic can freeze even a volcano on the verge of eruption! In this world, the Magma Art can instantly melt and vaporize a glacier! This is a heavy undertaking by Skyscrapper back in 2009! This is a story of affection, of love. This is a story never lacking in friendship. This story, overflowing with heated blood, is certain to cause your own passion to surge! This is a radiant era where hot-blood, friendship, love, and heroes converge, shine, and interweave upon each other. Click and fall in love with this legend." -Strivon (Translation of original synopsis)