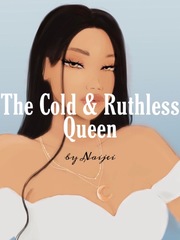 THIS NOVEL IS R-18 SEXUAL CONTENT AS WELL AS VIOLENCE ARE INCLUDED. LGBT+ CHARACTERS & CONTENT AS WELL. (this is original work not a translation) ***EXCERPT*** Anai’ya knelt down in front of two tall black marble tombstones. Placing red roses in front of the right one and sunflowers on the left one she sat down on the neatly trimmed grass. “It’s been a while since I’ve been here. I know I haven’t been checking in as much as I use too and I’m sorry. Will you forgive me?” She asked in a guilty voice. Her hand reached out to caress the rose petals in front of the grave. “I finally have all the pieces I need to enact my plan. I have everything I need to collect the debt that’s owed to us. That’s owed to you both.” her voice cracking at the end. “I will avenge you both. I won’t let those who took you from this world. From Lucian and me live peacefully. I promise they will be punished. I swear that on my life. I just hope you can forgive me for all the evil I’ve committed to get here and have yet to commit to finally avenge you.” Anai’ya promised as wave of melancholy washed over her. Looking at the two portraits in front of her, her stone heart began to ache with inexplicable pain. She stood up closing her eyes as tears threatened to fall from her eyes. Taking a deep breath she opened her light amber eyes she looked up at the sky and released her breath. “I’ll be back Mom and Dad. I’ll visit as much as I can.” She turned on her heels and slowly walked away heading towards her car. Gazing up at the light blue sky she clenched her fists. Her amber eyes flashed with a cold light as she stopped and looked back at the graves behind her. She’d bleed him dry if it was the last thing she did. She’d bleed them all to the last drop because that’s what they deserved. That’s what he deserved. She would return all the pain inflicted on her family tenfold. There was no line she wouldn’t cross to achieve her goal. The interest had accumulated and it was time to collect. They hurt her brother. He killed her parents. The monster inside her was raging and ready to come out, the cage she kept it in was collapsing. They had no idea what was coming.