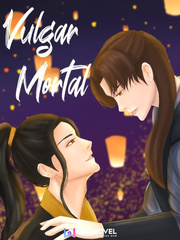 Three lives - one destiny. The beloved prodigy turned tyrant, Emperor Wu TianLan is executed, ridding the world of a monster. A deity, Qing MingYu, is cast inside a body of a monk, punished by Heaven to make amends with the lives he ruined as Wu TianLan. The problem is, Qing MingYu has lost all of his memories as the famed Emperor of Wu. Accompanied by his sworn brother and unrequited love, Wang ZhiYi, Qing MingYu unravels his past and destiny through the murders and mysteries thrown his way. All of this while raising a child, and fighting monsters, too! _______ BL - boys love. The story has blood, gore and disturbing themes as the story progresses. Viewer discretion is advised. Slow burn romance - there is romance later on, but it isn't the main driving force of the story (at first). Disclaimer: Art cover is not mine. Credits go all to the creator/s. If the creator so wishes, I will take it down!