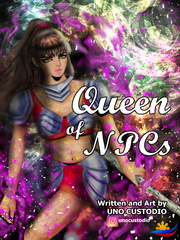 The Queen of NPCs

Maria was an avid gamer. When she received a lucky coin from a stranger, her life changed. She found out that she could really utilized the lucky coin in the real world. When she got her hands on the game capsule every gamer was clamoring about, she used it on offline mode but accidentally got booted out from the game that almost killed her. When she woke up from a short coma, something strange started to happen around her. Although using the game capsule almost took her life, it didn't prevent her from playing the game again. This time, she was playing with other players all over the world. And her alliances in the game were unimaginable that caused an uproar in the gaming world of the Inheritance Kingdom.