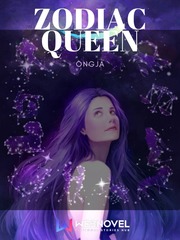 There were mad scientists that use children as an experiment material to become a weapon and destroy the whole nation. After 7 years of studying and failures, they finally made 12 successful munitions that will help the terrorists for the upcoming war. But little did they know that the children will seek retribution to what they have done to them. Athena is the commander and the strongest among the group and she was called Aries(code name). She leads Auslon in escaping and she's the one who killed the scientists. However, on their way, something they didn't expect happens. Atha was shot and unable to walk so she urges them to go seek help then she promised too that they will see each other again but Yuxin stayed with her. He couldn't let anyone hurt her and tried his best to protect her. But they ended up being severely injured. 16 years had passed, Auslon keeps on searching for their leader. Yuxin used all his resources to find Athena. However, they didn't know, Athena herself too, that someone froze her memory with a system chip but the medical field diagnosed her with PSTD. ......... Cover: https://www.pinterest.ph/pin/259519997260271141/