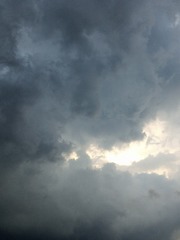 Anime type novel. Our hero dies after defeating his main enemy and his soul return back to Earth. He have no goals so he become a otaku... Meteoroids crash onto the Earth land, and corpses start rising from their graves. Zombie roam the lands and mutate but for Feng Mei killing them is the same as crushing ants. Hell overlaps, gods counter attack. In the midst of the war between Gods and Demons, watch how Feng Mei plays them all. A will ancient, promise forgotten, prophecy of Evil, heavens dead is possible! All lives as pawn, a game of chess, a game played by placing one own's life at stake. A Transmigrated soul returning back to Earth from a magical world×zombies×magical art×physical art× mystical monster from hell××World building× A lot of character building ~~~~~~~~~~~~~~~~~~~~~ If you like it, Then motivate me by voting with power stone Thanks!