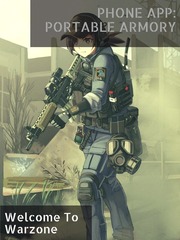 In the rooftop of the school building, Patrick is enjoying the sunset after a long day. It is an ordinary after hours school day as usual. It ks an usual routine for him to hang around in the rooftop after school due to the absence of his parents at home. In boringness, he searches for an FPS game in the app store and he finds a game. The name is Armory System, the cover was promising and he installed it. Little does he know, the game has more to offer than an ordinary FPS game. Everything went from dealing with street thugs to dealing with a conflict between the CIA and FSB. --------------------- This book has a heavy romance and a lot of slice-of-life elements.