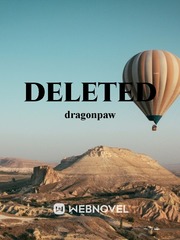 Kandra has been an omega for as long as she can remember which isn’t very long considering she has no memory of the first seventeen years of her life. At the age of twenty one she has been roaming the earth searching for answers to her past only to come across an alpha named Vericus which in Celtic means high king. As king of all alphas he is ruthless and finds her constant bite back personally frustrating to say the least. However he is determined keep her safe even if he is unsure why. Can Kandra save herself from this brutal alpha and will she find out the secrets of her past. She might find that not everything is as it seems and that under the surface Vericus might just hold the key to the answers she seeks. ————-sneak peek———— "That remains to be seen." All of us turned towards the door as Vericus stood leaning on the frame his red eyes on me. I glared at him my gratefulness at him saving me gone in an instant as his eyes pierced right through me like the whole attack was my fault. Slo groaned beside me. "Seriously Ver give it a rest if she wanted to hurt us why would she warn the pack when they attacked?" He shrugs. “Maybe it's all apart of her act." I'd had enough I stood facing him my anger rising. "If that's what you think then kill me now and be done with it!" "Kan no!" Slo wasn't fast enough as Vericus had me pinned against the wall his hand around my throat just like in Asheville. Owen held Slo back when he made to stop Vericus. "Let her go Ver!" He sneered down at me the scar on his eye so clear now that is was so close. Slo continued to fight against Owen as Vericus studied my face the eyes that not so long ago showed hurt now just appeared menacing. I refused to let him see my fear however as I glared right back not breaking eye contact. "If you want to die that much I'd be happy to oblige." I growled at him refusing to back down even though one twist of his hand would snap my neck. "Ver please!" “Go ahead prove your the monster everyone claims you are!" There was that look again I only saw it for a second but I know I didn't imagine it this time. I smiled wanting to hurt him more let him hurt what did I care as I drove the nail in more. "I'd rather die then join a pack ruled by a tyrant with no heart." That was it while he didn't kill me he did the one thing I was hoping to avoid. Raising his free hand he placed it on my chest as a burning seared my skin making me scream in pain. Even Owen tried to stop him but it was too late the deed was done. Vericus stepped back as I looked down in horror the brand of a red eye burned into my skin. Vericus smiled down at me with hostility in his eyes. "Now you have no choice. welcome to the red eye pack." He stalked out of the room not once looking back as Owen followed him a concerned look on his face as he paused at the door before disappearing after his alpha. I crumpled to the ground stunned as Slo kneeled pulling me into his arms. I didn't return the hug to shocked by what Vericus had done. That was the end of it once you were branded it was for life there was no going back. You could run away but eventually you would be found since the brand could always be tracked. "Kan talk to me please!" I couldn't say a word couldn't process what Vericus had just done. "I'm sorry Kan it's not supposed to be like this he's not supposed to force the brand on you." He pulled away cupping my face his brows creased in worry. "I'll kill him for this!" He made to go after his brother but I stopped him. "Slo don't please I don't want him to hurt you." He shook his head. "Kan you don't understand what he's done is taboo to our kind. Why do you think he didn't brand you the second we got back?" I shook my head not understanding.