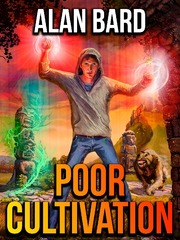 When Nick entered the top-secret project Lost, his consciousness was connected to the combat neural network, awakening the hidden powers of his body and mind. Now, it’s up to him to decide whether he’ll follow the path of martial arts or focus on achieving something bigger, and whether he’ll go forth on his own or with his clanmates. On an island hidden from the world, players are given access to a system that allows them to learn the ways of the force. They’re engaged in mortal combat, but Nick is the only one with a unique artifact with a very strange name—Cultivator. Will the artifact help him win and get off the island? What secrets does this mysterious place hold?