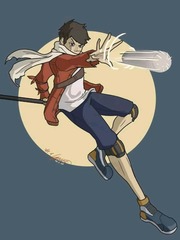 A secret group of elite priests, called the exorcists, are heirs to the ancient art of controlling hellfire and use them to seal demons back to the netherworld. But through an unheard of event, one priest learned he can use hellfire to affect physical things. The priest succumbed to the temptation of becoming the most powerful human on earth by harnessing hellfire as infinite source of energy and its countless possibilities. Now possessing power that can destroy the world, an unlikely kid, named Ato, will rise to stop him. But what power does the world hides for Ato in order to fight someone who wields hellfire, which is believed to be God's own energy? This novel is an original story. Copyright 2020