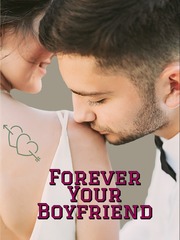 Tan locked eyes with her over his wineglass, she was pretty as sin. He wanted her, he wanted to take her right there. He could barely remember the last time he felt this strongly about any woman. What surprised him most was the fact that he didn't just want her body, he wanted her heart too. Most of the women he knew were all golddiggers, you could get any of them between your sheets for the right price, so why the hell was this one proving stubborn? She shifted her gaze from his, "The wine is nice" She said smiling nervously, wanting to say anything to break the silence. She may be naive but she knew desire when she saw it, and she could see it written all over his eyes. The thought of it made her heartbeat quicken. You have a boyfriend, what are you doing letting yourself get attracted to this guy? she asked herself. He could tell she was nervous, it made him smile. It reassured him to know he will had that effect on females, especially this one that roused everything in him. He reached across the table and placed his hand over her hand making her jump. He chuckled, "Calm down girl, I don't bite. you just look so nervous, I wanted to calm you down." He said, laughter dancing in his eyes. "I'd appreciate it if you keep your hands to yourself. I don't appreciate being touched randomly like that" She said with a frown. "I'm sorry, I'll try to let you know before I touch you next time" he said with a smile, making her know he intended to touch her again. "We'll be attending the wedding tomorrow with you as my date. I hope you won't jump up everytime I touch you. that would raise suspicion don't you think?" He said with a wicked glint in his eyes "Isn't that what this whole week has been about? you have nothing to worry about, I'll do it right. But until then keep your hands to yourself." She said with a polite smile. We'll see about that. Tan thought.