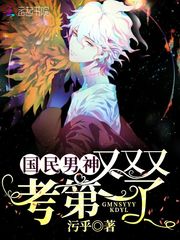 She, the tribe leader of the Miaojiang witch tribe, was reborn as a pitiful little girl that everyone could bully. She rose to power, brought her natal Gu, played in the entire business and entertainment circle, and became the national prince charming in the hearts of women. It was just that she accidentally seduced the diamond man who was ranked first on the diamond list She was doomed just like that! One day. "I have to do something. " She finished getting her equipment, and her face had a stern look. "Hmm? " The man raised his eyebrows slightly. "someone offered a billion dollars to buy your life. " "You want to avenge me? " The man thought to himself that his wife still loved him. "No, he offered a hundred million dollars for my life, but he offered a billion dollars for yours! " She pulled his collar. "I'm the real master, why am I so much less than you! So, I WANT TO SEND HIM TO HELL! " - The author's new article, "my movie Queen's a exploded! " ASKS FOR SUPPORT!