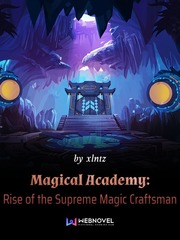 ***** Volume 1: Spaceship's Retrieval [ Completed ] Volume 2: Going Back to Space [ will start on April 4 onwards - 1chap/day ] ***** A planet that was not recorded in the database containing records of almost all human discoveries in thousands of years. This is where Wallace has to live and survive until he discover a way home. He was left with a damaged spaceship that can only be used as a shelter now. Equipped with his bio-armor, laser gun and other advanced technology equipment, he was confident that he can somehow survive in this world. But there is something here that is not existing in many galaxies that humans has conquered... magic. Unfortunately for him, before he could explore the new world that resembles Earth, he died. ******* Yes, the whole volume 1 was for the sake of retrieving the spaceship aside from world building, etc. There will be a lot of unanswered questions or missing information at the beginning but don't worry... everything is planned and will be revealed in later chapters. Also, the first half of the first volume was inspired by 6 or so animes and 4 other novels. Good luck finding them. Thanks for reading! *** Early chapters are being edited by sir Bouletcorp slowly. Bear with us. Discord Server: https://discord.gg/uqg5tt