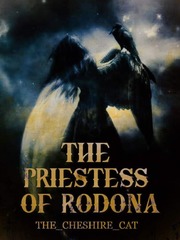 A world where the gods ruled human lives. The highest form of existence that was worshipped in all possible way. The more humans sing praises or offer prayers and the more these gods became supreme. In return, gods bless humans with protection, power, prosperity, and life. However, some gods were forgotten completely, causing their very existence to also vanish from the world. All their statues, city and temples were washed away by time, abandoned by their once loyal believers. The struggle to continue existing begin even for gods and wars between them started. Goal? To rule the world and all its living humans. So what can humans get when they followed a god that could win the war in the end? Immortality. Even kings or queen desired a never-ending life, allowing even the church to rule above them because of it. But this story is about a girl who received a holy command and started to travel and spread her own goddess name. A goddess that blesses death... If you want to join the discord server here is the link. https://discord.gg/zZnJu2J My ko-fi page ko-fi.com/the_cheshire-_cat