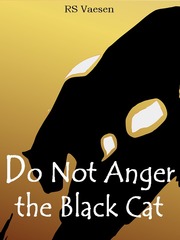 (On hiatus) Do Not Anger the Black Cat

Shi’an glanced at the man who was lying on the ground, half-dead. Then, he lifted his head and looked into his sister's eyes. With a wry smile, he asked, “Don’t you know what ‘low-key’ means?” Mo’an raised an eyebrow. “He’s not dead. It’s a pretty good start?” Shi’an felt his mouth twitching. It hadn’t been long since their arrival at the military academy, and this little sister of his already stirred up trouble. “Then, do you remember that you promised mom to hide your ability and keep it below average?” Tilting her head, Mo’an mumbled, “But I didn’t use much force to bring him down. Anyway, he was just terribly weak.” “Weak or not, that was still a high-ranking officer.” “He was?” “Yes.” “Oh...” Mo’an bit her lips, sneaking a glance at the half-dead officer. There were only two things she had to be careful of, and yet she already screwed one. First, she had to stay low-key and not draw attention to her. Otherwise, the army certainly wouldn’t let her go home after her military service ended, not with her monstrous potential. Second, she had to hide her gender. If someone discovered that she was a girl pretending to be a boy, she and her tribe would have to pay a heavy price. After all, the tribal chief’s daughter had to be sent to the Emperor’s courtyard, not to the military!