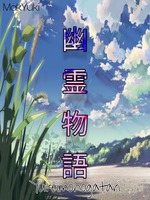 幽霊物語 Yureimonogatari is a popular web novel written by the author MakYuki, covering ROMANCE, ADVENTURE, HARÉM, SUPERNATURAL, GHOST, PARANORMAL, MYTHOLOGY, FOLKLORE, Fantasy genres. It's viewed by 5.2K readers with an average rating of 0/5 and 0 reviews. The novel is being serialized to 22 chapters, new chapters will be published in Webnovel with all rights reserved.

Sasaki Yuji is a normal student who is determined to live a normal student life. His plans are cut short when he dies on his first day of his second year of high school. His killer: Takagi Noriko, his childhood friend, and first love. Standing before the afterlife, Yuji meets a girl who senses his anger and desire for revenge, and gives him an offer. The girl offers to return Yuji to the living world, on the condition that he works to bring back souls that escaped from the underworld by killing them. Yuji is eager to accept the offer, when he disovers his immense power, as well as affinity for spirit magic. However, killing spirits may not be a task for anyone to handle. Does he have the guts to do it? Or can he find another way to bring back the spirits? Spirits aren't the only problem that Yuji will have to deal with, as Yuji discovers that he is getting more than he signed up for. Read along with Sasaki Yuji as he recalls his tale of Struggling as a spirit exorcist as well as being pursued by multiple women, all while chasing the high school life.