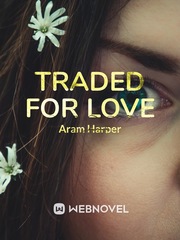 “Traded for love” {18+} Book1 ‘Mafia in Love’ is a popular web novel written by the author Aram_Harper, covering LOVE, MAFIA, MATURE-CONTENT, RUNAWAY, HEART-BREAKING LOVE, ROMANCE EROTICA, MISCARRIAGE, KIDNAPED, HITMEN, RAID, Contemporary Romance genres. It's viewed by 1.2K readers with an average rating of 0/5 and 0 reviews. The novel is being serialized to 3 chapters, new chapters will be published in Webnovel with all rights reserved.

Rebecca Downhill (Becca) is the daughter of Robert Downhill, a ruthless mafia member, an abusive husband and a violent father. She has been raised knowing that her only purpose is to sacrifice herself for the family so her father arranges her marriage to Lucas Tate in change of 40% from one of Lucas’s businesses. For his plans to work Lucas becomes himself part of the mafia and one of the most dangerous and feared man in NY. Soon Roberts finds out about the fake business and wants to take Becca back and probably use her for a next bargain. Lucas tries to make Becca seem unimportant to him or to her family to divert enemies attention but he hurts Becca in the process and she decides to run away after Lucas refuses the divorce. Her destiny brings her in the hands of Enzo, the youngest soon of Italian mafia head, Marciano Benito, and who tries to take her away from NY, from Lucas and another new rival to Becca’s heart, Salvatore Benito, his elder brother. After six months spent in Italy, when she finds out Enzo has lied to her, Becca decides to come back to NY to regain the business of her father and the love of Lucas. The secrets of her family come to surface and she tries to use them to keep away Salvatore but before she does that, Lucas is kidnaped and held in a warehouse by Salvatore. He is declared missing in an explosion of the warehouse but Becca refuses to believe him dead, always hoping he will come back to her and their daughter she has given birth to six months after explosion. Lucas comes back four years later to a happy end next to his wife and his daughter.