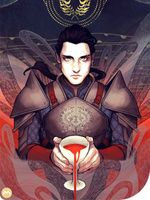 What is [PAUSED] The Unusual Immortal Cultivator

[PAUSED] The Unusual Immortal Cultivator is a popular web novel written by the author NamelessGodking, covering REINCANATION, CULTIVATION, WEAK-TO-STRONG, NON-HUMAN-MC, MARTIAL-ARTS, SMART-MC, MALE-PROTAGONIST, SLOW-PROGRESS-NOVEL, Fantasy genres. It's viewed by 5.2K readers with an average rating of 0/5 and 0 reviews. The novel is being serialized to 3 chapters, new chapters will be published in Webnovel with all rights reserved.

The unusual immortal after being reincarnated in the body of an immortal, our protagonist Micheal Gray quickly find himself disillusioned with the life of the immortals. All that the path of immortality offers, appears to pale in comparison with all that is lost, on such a haunting journey. Instead of going along with the destiny of immortals Micheal decides to walk his own path and fix the many things he deemed problems, for humans. who in this day and age are living in constant terror, sold into slavery, killed by the tens of thousands each day by deadly groups, and the monstrous beast that appeared to have taken over the world. read along as Micheal challenges the culture of the immortals and the world that seemingly stripped humans of there humanity, leaving only cutthroats and broken people. "A world without light". As Micheal calls it. This will be updated 1 chapter every 3 weeks. and will be around 3000-4000 but is currently paused.