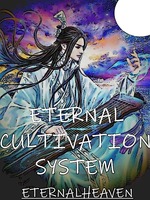 What is [Hiatus]Eternal Cultivation System

[Hiatus]Eternal Cultivation System is a popular web novel written by the author EternalHeaven, covering CULTIVATION, XIANXIA, WUXIA, GODS, MONSTERS, IMMORTALS, DEITIES, CELESTIAL BEINGS, SYSTEM, BEASTS, Eastern Fantasy genres. It's viewed by 69.8K readers with an average rating of 0/5 and 4 reviews. The novel is being serialized to 20 chapters, new chapters will be published in Webnovel with all rights reserved.

In a world where many powers and organizations fight for power and resources , there are thousands of divine and supreme beings under the heavens, each and every village fights for resources.. With the increase in strong beasts no one is safe in this desolate world. In this world, there are beings with bodies able to shatter the heavens and pluck the stars, yet in a small village, out protagonist xiao Chen was transported into this world, taking over the body of a weak village kid with the same name as him, because of an ancient book he was granted this chance, He was given a golden opportunity and chosen by a supreme system.., watch as he competes with these supreme and celestial beings for treasures born under the heavens... ... I will update nearly everyday, if sometimes I don’t update, don’t blame me, because I am most likely busy.. ..... The cover wasn’t made by me, I just found a random pic and edited it.