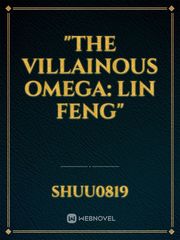 The story will revolve around Wei Lin Feng, he reincarnated into his parallel self in an Omegaverse universe. To make the matter worst, he is already in the worst part of the omega's life. The omega already lost everything; his family, inheritance, friends, status and more importantly his chosen Alpha. Lin Feng is an omega who has done wicked thing to eliminate his half- brother. The weak little omega, treasured by everyone, Wei An Chun. His brother earned his parents love while he got nothing but scorned. His friends left him like a useless trash. Strip off his high omega status. His fiance Rong Shen Yu look at him with nothing but hostility. Left with nothing the original Wei Lin Feng committed suicide. Now Lin Feng is given a second chance to live in the persona of the villainous Omega.