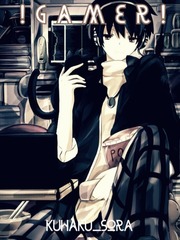 "One way to forget about pain is to do something you will be in, completely. So...computer games" -Danil Ishutin (also known as Dendi) Zelos Petrov, known as his in game name "Zero", is one of the Canadian's rising star player of the Multiplayer Online Battle Arena game "BAM" Battle Against Mythic's, who had mercilessly beaten multiple professional players throughout the series of his public rank matches His passion and achievements had only brought to life due to the death of his father, Clement Petrov, battling against the incurable Cancer. In order to relieve himself from the death of his Father, Zelos and his brother, Arthur, compete themselves against the Global Star and claim the Northern Star Eye. ***I do not own the artwork from my cover. It's from Deviant Art site; Artist: Shirikyuu*** https://www.deviantart.com/shi-ri-kyuu